​Do you have a wetland, wildlife or other environmental issue? Let us know and we'll get right back to you. 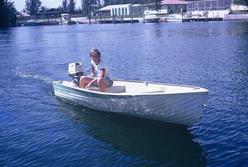 Farley Palmer, owner and founder of Palmer Biological lives with his wife Pam in New Smyrna Beach, Florida. Farley was born and raised in the shadow of the University of Florida College of Medicine in Gainesville, where his father began his medical career. An avid fisherman and researcher, Roger Palmer instilled a love of science in his son from an early age. Commercial fishing for trout in Cedar Key was a way to make ends meet for a young medical student, and Farley went along, learning the ways of the sea. Sitting in waist deep water among oysters and clams, Palmer revealed the secrets of life to a wide-eyed boy...those beginnings of wonder and love of nature lie at the foundation of Palmer Biological Services.

​After moving to Miami, Farley began working as a researcher after school and on weekends with a diabetes scientist at Jackson Hospital in Miami. It was here that the scientific method of problem solving was realized. The research group succeeded in transplanting pancreas tissue into diabetic lab animals and subsequently curing them of diabetes...the research has been used as a model for human transplant research that is ongoing today. Farley loved the work, and after moving to DeLand, Florida, finally got his chance to display his talents. Stetson University is a challenging school, loaded with great professors...the Biology department averaged only 11 students per course. Farley worked his way through school employed as a land surveyor while working nights and weekends at a riverfront bar and marina in DeLand; he'll tell you that Stetson is the best thing that ever happened to him...learning how to learn was their mantra. Using resources and research to solve problems became second nature, and is a big part of Palmer Biological's success.

Farley's mother Anita is a career educator...her inspiration and support helped Farley make the decision to become a High School science teacher. Teaching was a gift and a great career, but after five years of working with high school kids, Farley wanted a change. A local lab needed help, and Farley was hired as lab manager. The lab grew over the years to a nationally certified commercial laboratory. As technical director and lab manager, Farley was responsible for project development and all daily activities of the lab. A water treatment department grew to become a large part of the business. Farley developed an environmental section specializing in many of the activities that he now oversees as the owner of Palmer Biological Services, LLC. This company is a dream come true for Farley and his family. We are very fortunate to live where we do and have the great group of friends and business associates that surround us. We will treat you and yours with the respect and humility that help us define our lives and ourselves. 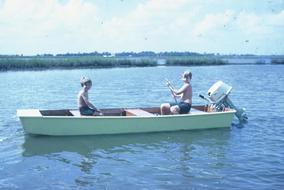 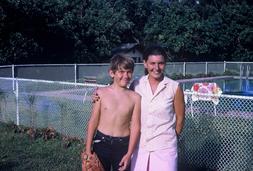 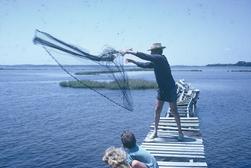